Andrew qualified as a solicitor in 1970, and became a Partner with the firm.

Andrew specialises in residential and commercial conveyancing, tax planning, wills and trusts and has been a member of the Society of Trusts and Estate Practitioners since 1996.

He is Under Sheriff for the County of Worcester having been appointed in 1981, continuing the firm’s appointment to this prestigious office which was granted to Charles Lawson Whatley in 1926 – and has been held by partners in the firm continuously ever since.

Andrew is Clerk to the Six Masters Charity and the Thomas Corbett Charity which administer Almshouses in Worcester and Wychbold respectively and also of the Mary Hill Trust.

Andrew was Chairman of Governors at Malvern Girls College (now Malvern St James) and was a Governor there for a total of 12 years. He was also a Governor of The Elms School Colwall and Clerk to the Governors for 25 years, a Governor at Worcester University for 8 years and Chair of Audit for 3 years and remains a Governor of Abberley Hall School and is Chairman of the Finance and General Purposes Committee, having been appointed as a Governor in 1981.

He is a High Court Enforcement Officer, has had long professional involvement with Morgan Motor Company and is a Trustee of the Peter Morgan Family Settlement, a Director of Shelsley Walsh Hill Climb Plc and of The Charles Hastings Education Centre.

Andrew was appointed a Deputy Lieutenant for Worcestershire in 2006.

I take a modern but practical approach whilst retaining our core values. 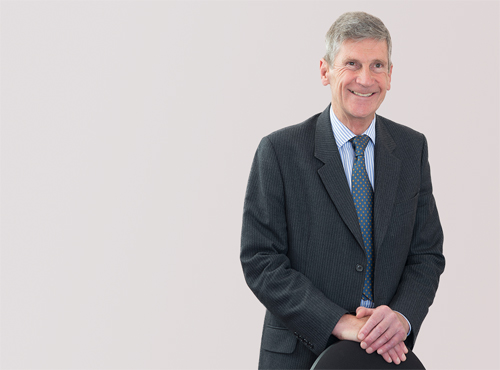